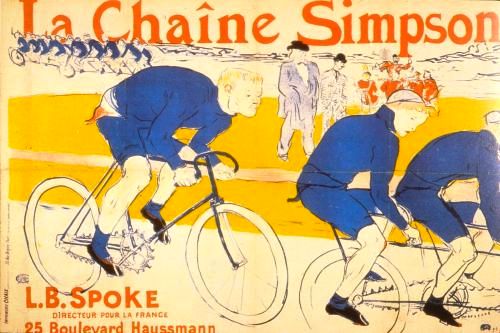 For the Centenary Tour de France, Albi will be the finish of the 7th Stage:  Montpellier Albi –  July 5, 2013. 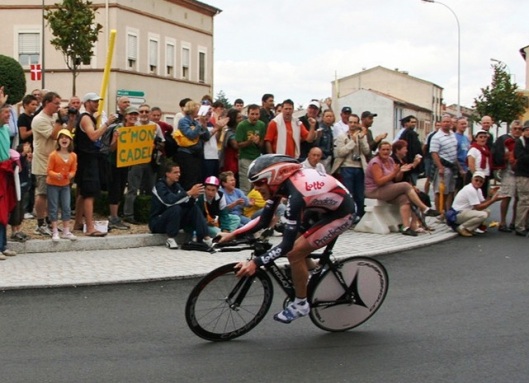 Voted the most sporting city in France in 2012 by L’Equipe, 2013 will be the 12th occasion that Albigenses have hosted the Tour.  The cathedral, a World Heritage site (listed 2010), was the finish of a stage of the Route du Sud in  2012, won by local rider Stephane Poulhies.   Albi is also the hometown of Toulouse-Lautrec, who painted several posters for bicycle brands in his time. Some of the biggest names in the history of the sport were crowned in Albi, like the greatest of all, Eddy Merckx, who won a time trial in 1971. In 2007, another TT saw the victory of Cadel Evans. Another Tour winner, Roger Pingeon, won a stage from Font-Romeu in 1968.

On July 5, 2013 in the afternoon, the riders cross the city via Castres Road and the Pont Neuf to the arrival avenue Albert Thomas at the end of a stage of 205 km from Montpellier and Albi . See the route map in Albi longest finishing straight TDF 2013 .  (Photo left:  Tour leaving Albi 1953)

The finish line is located at No. 244 avenue Albert Thomas

The Tour fully explained on video.